[Source: Global Couture]
My name is Faune Martin, I’m 18 years old and I live in Copenhagen, Denmark in Scandinavia. My heritage is half Danish and half American in which I’m also part native American. Since I was a child I’ve mostly had my hair loose without tight up-do’s. I’ve cut it once where I was short haired (to the neck/ears or so) for approximately a year – it grows out quickly!  Since then I only cut the ends to keep it healthy and fresh (and to define the natural curls). From time to time I straighten it just to try something different for a while, but I do it rarely – 3-4 times a year, not to damage it. 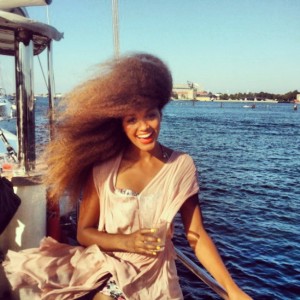 How long have you been natural? Have you always embraced your hair? I’ve always been natural, no weave, extensions, perms or anything like that. I keep it as it is. When I went to the smaller grades in high school I remember being teased a lot, so I had it in a loose ponytail for a couple of years on a daily basis to get rid of the heat, but I never straightened it or stuffed it into a ball to make it seem smaller – just casually took it away from my face and gathered it so it wasn’t too much for the others to handle – needless to say an afro is rather unusual in Denmark! We have many af course, but the majority cannot relate to having an afro, and so they will react differently – some think it’s cool, others think it’s weird. 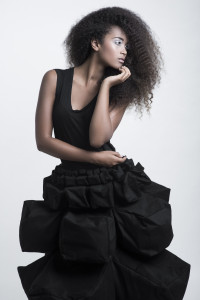 How would you describe your hair? For the moment I haven’t been to a hairdresse in about a year (I really need to get my hair cut lol) but I kind of like it still – it’s fierce, big and wild. But when I’ve cut it the curls are prettier looking, more gathered and defined, I like that as well.

What do you love most about your hair?
It’s a difficult question, and it’s actually way easier describing what I do not like about it – I hate when the wind comes from behind. I leaves me practically blind. I don’t like that it’s always in my face, but I’ve gotten used to it though, but when it’s too much I put up a loose ponytail. I hate that it looks really messy really easy – I wash it almost every day to comb it and redefine the curls that after time look more and more frizzy. Other than those things I love it – I love the different responses, good and bad, it’s definitely a conversation starter. I also work as a model and A LOT of photographers and Make-up artists think it’s totally cool to play with and we always get great pictures that are hard for others to remake (only partly because of the hair but it still has an effect). Finally I just love it because it’s me – get me right, I was born the way I am, I’ve never had it any other way, so I don’t know what else I’m missing. To me, it’s pretty great having an afro despite of the minusses – but don’t we all want what we can’t have? at that point I’m happy that I can straighten it – I would say it’s easier getting authentic straight hair out of afro than making an authentic afro out of straight hair. There’s a lot to do with an afro, you can style it any way you want with different up-do’s and braids (that can be hard to do on straight hair because it’s so smooth with no friction). AND then I can do ALL the styles for straight hair too when I’m having it that way! 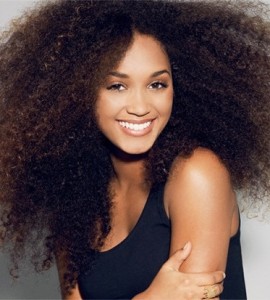 What has been the most memorable part of your journey?Has it been easy or difficult or both?!
It’s been a rollercoaster ride – there are always going to people who feel the need to put you down. Your friends will tell you that those people are just jealous and that might be true, but it really couldn’t matter any less because their words can still be hurtful. But with time I’ve grown to be quite carefree and thick-skinned. The rude comments go right by me. I know who I am, and how I feel about myself, and there are just as many, if not more (!) LOVELY comments I get on my way. There’s a price to being different, but best embrace it, good and bad – I wouldn’t change myself or my appearence if I’m content with the way I am. 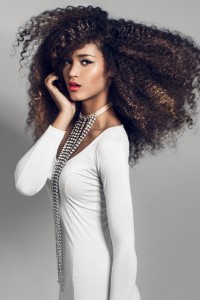 What have your experiences been as a ‘natural?’ Any memorable reactions from family or others?
My family and friends love my hair – but mostly, they’re just used to it, it’s a part of who I am and I wouldn’t have it any other way 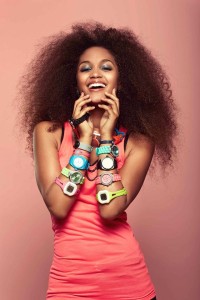 What is your hair regimen (including fav products)?
I really don’t do much with my hair – I don’t like spending too much time styling it because it’s not going to work in the long run. Best just be as you are. I put in shampoo in the shower and lots of conditioner – then I comb it and wash out. 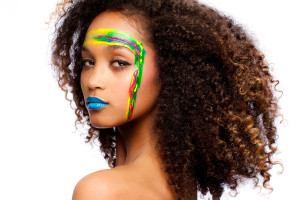 Anything you want the readers to know? Inspirational words?
Embrace your personal style – the key to healthy hair is letting it be and only putting in what it needs (moisture), as simple as that sounds. Over doing it will only break your natural curls. 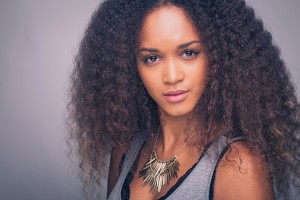 Where can people find you for more information? https://www.facebook.com/FauneNMartin?fref=ts 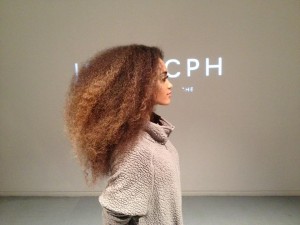 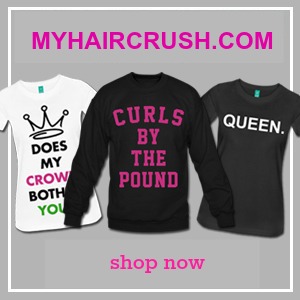